The night was magical and extraordinary.

It started out with Tina asking me what's my age and telling me to form a team for this dance competition. It was really last minute but I'm glad that Myra & Charissa could make it.

We eventually settled with Mermaid theme - where global warming threatens the marine animals. Was quite excited about the whole item when our song choices are finalized. I'm not a cartoony or Ariel type of fan girl (ps: my fav is still Cinderella), so this is kinda my first time doing something out of my comfort zone.

Due to our tight schedules and my stupid neck/shoulder injuries (BOOO YOU), our practices got delayed. We each choreo-ed a song and taught each other in speed of light. Got quite stressed because I'm really weak in my hiphop basics (my bounce bounce) and my burden neck couldn't isolate properly during the practice.

Though I had plenty of performance experiences, I got tensed up when it comes to competition. You know it's not just about performing, it's where the whole choreography and concept is being judged. Oh ya, it's kinda like submitting a group project for grading. Yeah, it was that tensed for me.

I remembered on the competition day itself, they tried to clean my bounce basics and I can totally feel their stress on me. I'm super weak at that, so you can imagine them scratching their heads off while trying to teach me bouncing techniques. I'M VERY VERY SORRY LADIES.

We went on to have our lunch at around 3+pm at McDs and I got to sew for the first time. LOL. No joke. I'm really not a wife-material. :P So we got to tour back to MBS, got our make-up done and went back to the holding area for standby.

The mood began to sink in (not for me, mine had already sunk in from morning) while we were queuing for our turns. Honestly, I don't feel good. I'm super duper stressed out. Ok, fast forward to finish performing - I don't feel good as well.

I FORGOT MY BURNITUP CHOREO! &, I moved faster than the beats... :( Too much mistakes for a dancer.. No good at all. I blamed it on my weak techniques and high self-sabotaged stress onstage. Boooo!!! BUT...... I MANAGED TO DO MY BOUNCE BOUNCE!! ^_^ 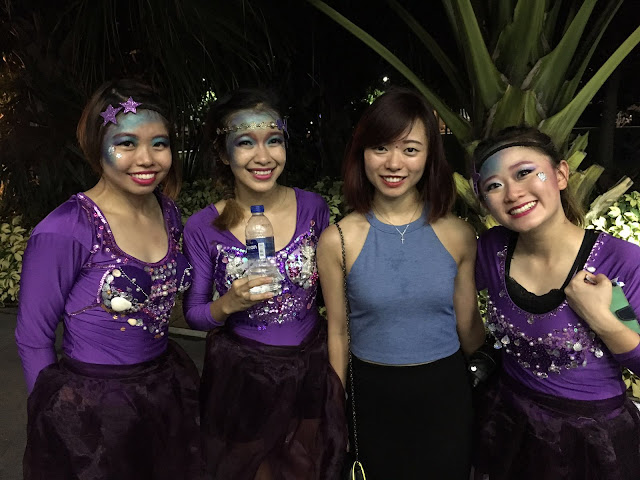 But yeah, what's over already over. Gotta learn from my mistakes so that I can continue to grow bah! We did bring back valuable advices from the judges. Couldn't have thank them enough for those. Thank you Tina and Marcus for them, especially to you, Tina, thank you for letting us know of this competition and pushing us to take part in it. (: 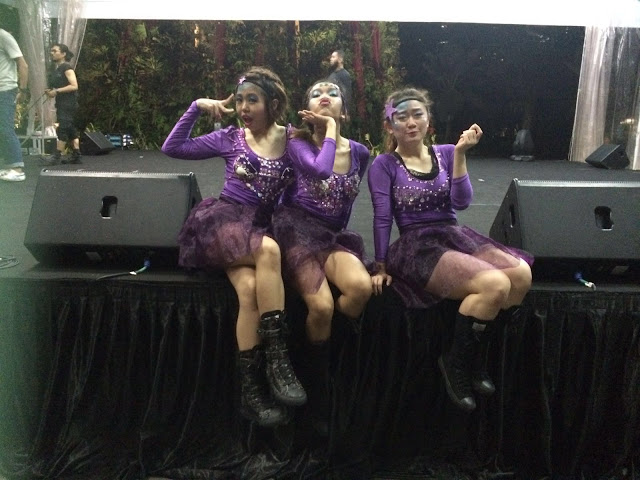 & thank you to my pretty mermaids - I wouldn't have come so far without the late nights training and time sacrifices for this competition. See you all in class~ MUACKS MUACKS <3
Posted by Josie at 6:43 PM No comments:
Email ThisBlogThis!Share to TwitterShare to FacebookShare to Pinterest

Eversince the start of that incident, just nice I heard about it from you while I'm settling some stuff, things weren't going so well from then on.
I got used to those mini discussions and behind-the-wall talks and slowly,  I tried talking myself out of it to feel numb about these small actions. I don't care if it was meant to be discussed with all of us when the volumes turned louder or it was purposely for us to hear it.

I got really tired of these mind games and what's worst is that, slowly, it became a norm or trend to treat me as thin air all day long.

Some time ago, I got approached to help one of the people just because she couldn't find anybody else. She was honest but it was brutal for me. Normal human beings will think that so if they were present, I won't be considered at all? To me, these small actions signifies that I'm a spare tyre, I was the last resort and I was a "no choice but to be used" being?

Oh yeah, suddenly thought of this when I was browsing through my fb, Well, remembered that people want to order the salted egg donuts through me when they knew I'm going to order it again on a Thursday? Well, I've got to know that some others bought Breadtalk Croissant and shared it among themselves without offering it to me! Kudos Josie. Thank you so much for being such a nice soul to help ordering for them and they didn't offer you one at all. Bravo Jo, really bravo.

Bringing up this: People never realise the way people changes are actually due to their way of treating others.

So tell me, what have I done wrong to anyone of you? Convince me that I've been nasty and pose a threat to you. And even though I acted like I don't care and doesn't make any noise, it doesn't mean that I'm alright with this type of treatment.

I may be living in my own world, but does my world tried to kill yours? I'd believed that silence is golden and silence somehow gives solutions to all those nosy disturbances in my life. But, giving silence is different to treating someone transparent when she is physically present.

I can give my silence as an answer and still treat you with respect but just because I'm quieter doesn't mean that I'm mean or anything else.

This blogpost may seem to be just talking about I & I & I....
Yeah, it's true. I'm talking about myself. I'm giving myself some worth self-talking space to let it all out. I'm a human being and I have feelings too.

Stop judging if you haven't get to know me.

I feel frustrated when people judge me when they didn't even try to know me.
I believe I'm not that bad a person myself.
I believe everyone is good in nature.
It's just the society that is manipulating our nature-self.
The realism, power and gains.
It distorted all of our minds, that's why it disrupts our way of thinking and how we are supposed to give it back to the world.

& believe me that I said I wanted to be nice to everyone.
I really do.
But, I'm getting tired of being nice and being treated like air.
Non-reciprocal gestures will demotivate any human beings.
Posted by Josie at 2:36 PM 1 comment:
Email ThisBlogThis!Share to TwitterShare to FacebookShare to Pinterest

I've been thinking a lot lately which caused me insomnia for few nights. No, actually it's been a week that these thoughts came into my mind.

I know that these are none of my business, people's relationship problems are for them to settle it and move on with it but I can't stop worrying for this guy. I want to make it clear that he's a good friend of mine, but the thought of how he is going through all these while worries me.


I've been out of bgr for almost 2 years (so I should be heartless about these feelings/situations) but when I got to hear from him, I got so disheartened.

Why is there such a person that play with other's feelings as and when she likes? I can totally vouch for my friend that he is a really good guy and from his past social media feeds, they're so sweet together! Spending time together with families, owning a dog together and pampering each other with gifts - aren't they all sweet gestures?

I've long lost these 'lovey dovey' feelings inside of me, but looking upon these (even when friends who are in relationship now) gives me a warm and fuzzy feeling. They should cherish each other even more because they have braved through 4.5 years of experience together. These years aren't long but they aren't short either. Why look for other stones along the pathway when you already have a golden ball in your hands? Furthermore, according to his IG, she asked for second chances in the past few months even though she had numerous of fresh r/s ongoing. What a turn-off.

I tried not to get too emotional because like I said, these are none of my business and partly because I've sealed off my heart to not become too attached to human beings/relationships.  However, the constant worrying for him was still there.

I guess it's just me being Josie. I tend to worry for friends even if my situation is worse than theirs. Say for example, he asked me if I've bought a box of Salted Egg Donut for myself and I suddenly recalled that I didn't at all. I only thought of sharing it with my dance instructor and totally forgot that I should buy 1 for myself too. Upon passing the box to him, he asked again and I lied about sharing with my colleagues. Hey, I'm not cheating or whatsoever, but I don't want him to spare his for me.

I'd really wish that he could live his life better, get super occupied with whatever he is doing so that he won't have time to think about that lady. One day, she will realized that losing someone like him is her ultimate loss. You're totally not worthy of his affection, lady.

Posted by Josie at 1:51 PM No comments:
Email ThisBlogThis!Share to TwitterShare to FacebookShare to Pinterest
Older Posts Home
Subscribe to: Posts (Atom) 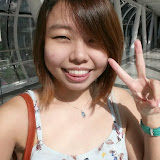